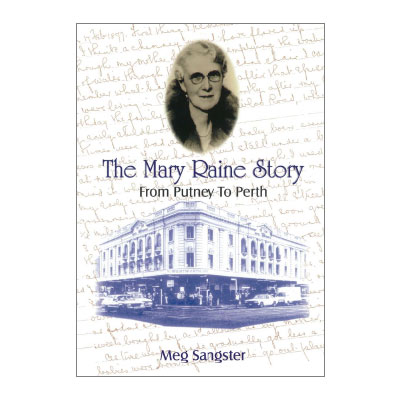 The Mary Raine Story, written by Meg Sangster, is a tale of triumph over privation, of determination to better her childhood circumstances, of marriage ill-fated and finally of a happy union which ended too soon, and a financial success of epic proportions.

Meg reveals new insights into the enigma of Mary Raine, drawing on her twelve-year personal and business relationship continuing up to the time of Mary Raine’s death.

The Mary Raine Story is available for purchase online.

The Raine Foundation is forever grateful for the extraordinary mind of Meg Sangster and her passion for relaying the life and achievements of Mary Raine.

Meg and her late husband, Eric (Cole) Sangster became close friends with Mary and Joe Raine when they moved to WA from NSW in 1948. Mary Raine was an astute businesswoman who owned a large portfolio of property and hotels, including the Wentworth and Windsor Hotels. Meg and Cole initially stayed at the Wentworth Hotel when they arrived in WA, which was then managed by, and home to, Mary and Joe Raine. They soon became close friends and in 1949 Mary and Joe asked Meg and Cole to manage the Windsor Hotel. This was an overwhelming but exciting offer for the young couple who soon accepted the challenge and later the leasehold of the Hotel. Meg and Cole were instrumental in turning business around for the Windsor Hotel and soon introduced the concept of the beer garden and jugs of beer to WA.

Meg authored and published “The Mary Raine Story – From Putney to Perth” in 2001, recounting the extraordinary life and times of Mary Raine, and Meg’s personal journey as an unexpected but hugely successful hotelier in WA. Meg will forever be remembered as a strong and passionate supporter of the Raine Medical Research Foundation in upholding Mary Raine’s vision of finding cures for human disease. 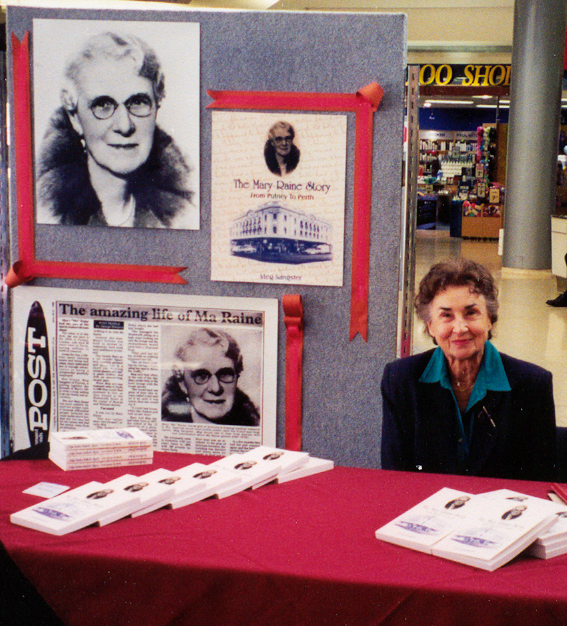